“While housing affordability and inflationary pressures pose challenges for potential buyers, house price growth will continue but is expected to decelerate in the coming months.”
END_OF_DOCUMENT_TOKEN_TO_BE_REPLACED

In today’s real estate market, mortgage interest rates are near record lows. If you’ve been in your current home for several years and haven’t refinanced lately, there’s a good chance you have a mortgage with an interest rate higher than today’s average. Here are some options you should consider if you want to take advantage of today’s current low rates before they rise. END_OF_DOCUMENT_TOKEN_TO_BE_REPLACED

As we move into the latter half of the year, questions about what’s to come are top of mind for buyers and sellers. Near record-low mortgage rates coupled with rising home price appreciation kicked off a robust housing market in the first half of 2021, but what does the forecast tell us about what’s on the horizon? END_OF_DOCUMENT_TOKEN_TO_BE_REPLACED

If you’re thinking that waiting a year or two to purchase a home might mean you’ll save some money, think again. Mortgage interest rates are currently very low, but experts across the board are forecasting increases in both home prices and interest rates. Buying a home now means you’ll spend less in the long run. 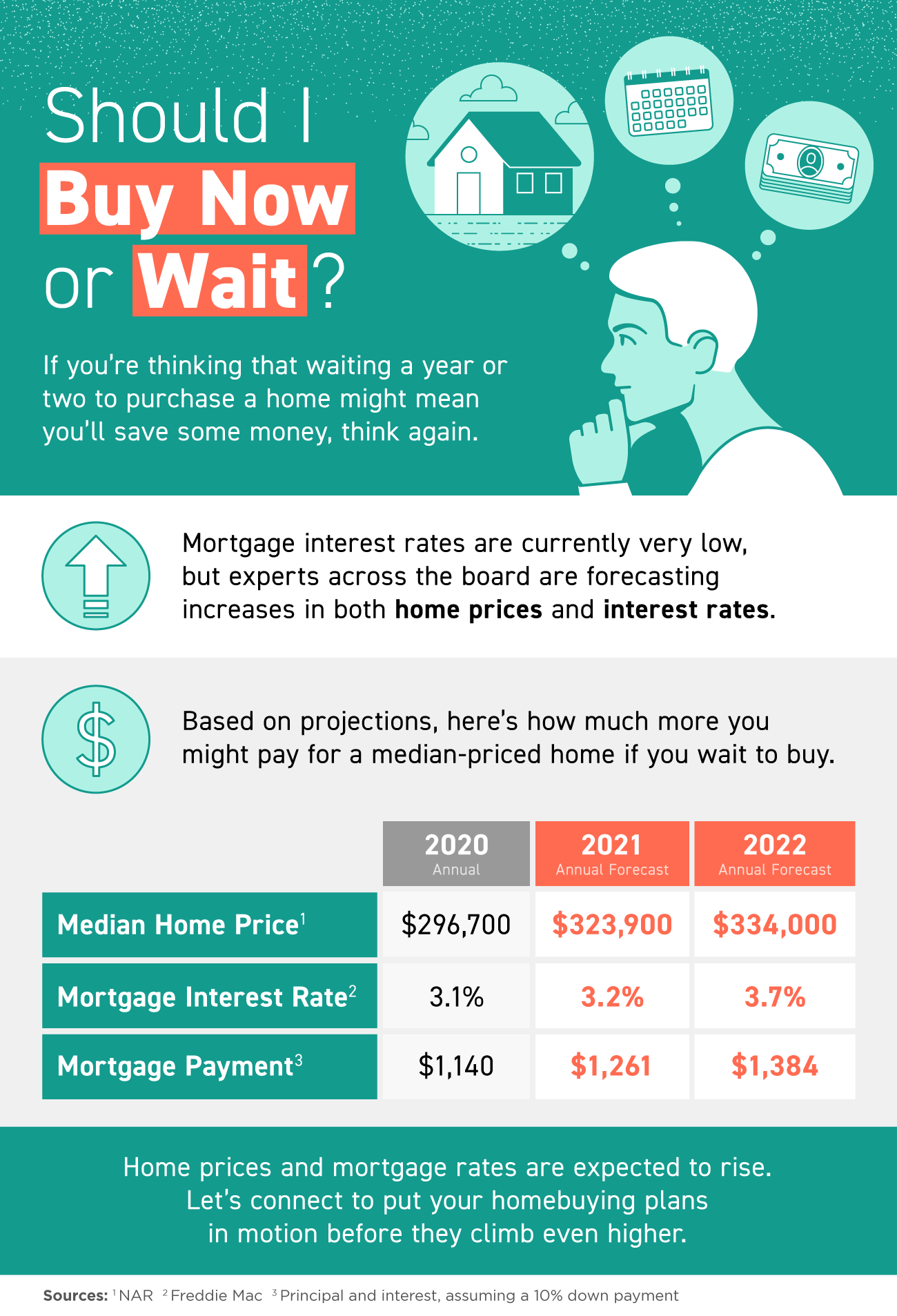 Let’s connect to put your home buying plans in motion before home prices and mortgage rates climb even higher.

Mortgage interest rates have dropped considerably over the past year, and compared to what we’ve seen in recent decades, it’s a great time to buy a home.

Locking in a low rate today could save you thousands of dollars over the lifetime of your home loan, but these low rates may not last forever. 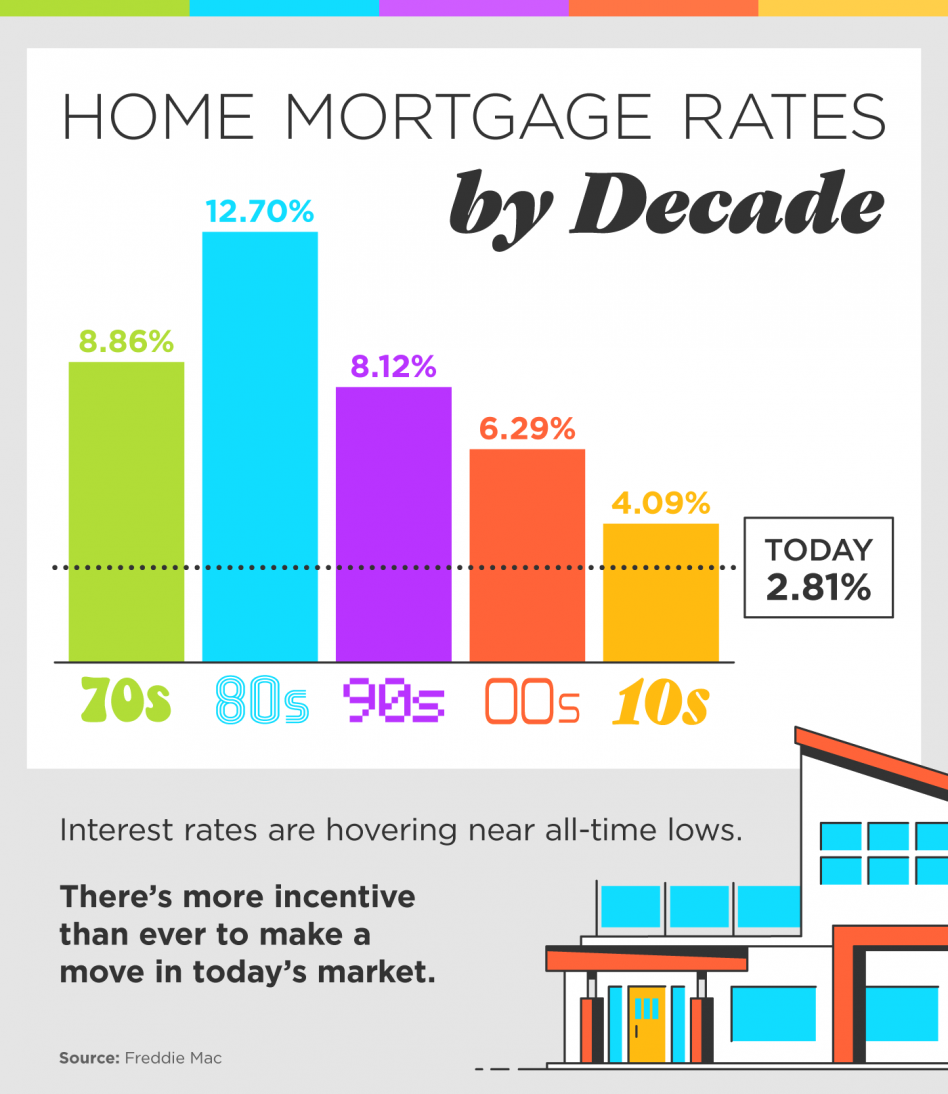 If you’re in a position to buy a home, let’s connect to determine your best move in today’s housing market while interest rates are still in your favor.

Let’s connect to determine the best way to position you for a financially-savvy move in today’s market.

Over the past year, mortgage rates have fallen more than a full percentage point, hitting a new historic low 15 times. This is a great driver for homeownership, as today’s low rates provide consumers with some significant benefits. Here’s a look at three of them.

1. Move-up or Downsize: One option is to consider moving into a new home, putting the equity you’ve likely gained in your current house toward a down payment on a new one that better meets your needs – something that’s truly a perfect fit, especially if your lifestyle has changed this year. END_OF_DOCUMENT_TOKEN_TO_BE_REPLACED

With interest rates hitting all-time lows over the past few months, many homeowners are opting to refinance. To decide if refinancing your home is the best option for you, start by asking yourself these questions:

Why do you want to refinance?

There are many reasons to refinance, but here are three of the most common ones: END_OF_DOCUMENT_TOKEN_TO_BE_REPLACED

Mortgage rates have continued to drop in recent months, hitting new all-time lows seemingly every week. And while the average interest rate for a 30-year fixed rate mortgage dropped below 3 percent for much of August and into September, the consistent downward trend could have buyers holding out, waiting for rates to drop even lower. But according to Freddie Mac, mortgage rates are unlikely to drop much further.

“There are some interesting compositional shifts as the 10-year Treasury rate has increased modestly over the past month while mortgage spreads have declined,” says Sam Khater, Freddie Mac’s Chief Economist. “Spreads may decline even further but the rise in Treasury rates will make it difficult for mortgage rates to fall much more over the next few weeks.”

If you’ve been holding off on buying a home in hopes that mortgage rates will drop even lower, it looks like that’s unlikely — so now is a great time to make a move and lock in a mortgage at these historically low rates.

Sometimes it helps to see the dollars and cents you’ll save when you purchase a home while mortgage rates are low. Today’s historic low rates mean it’s less expensive to borrow money, so the savings over the life of your loan is significant. 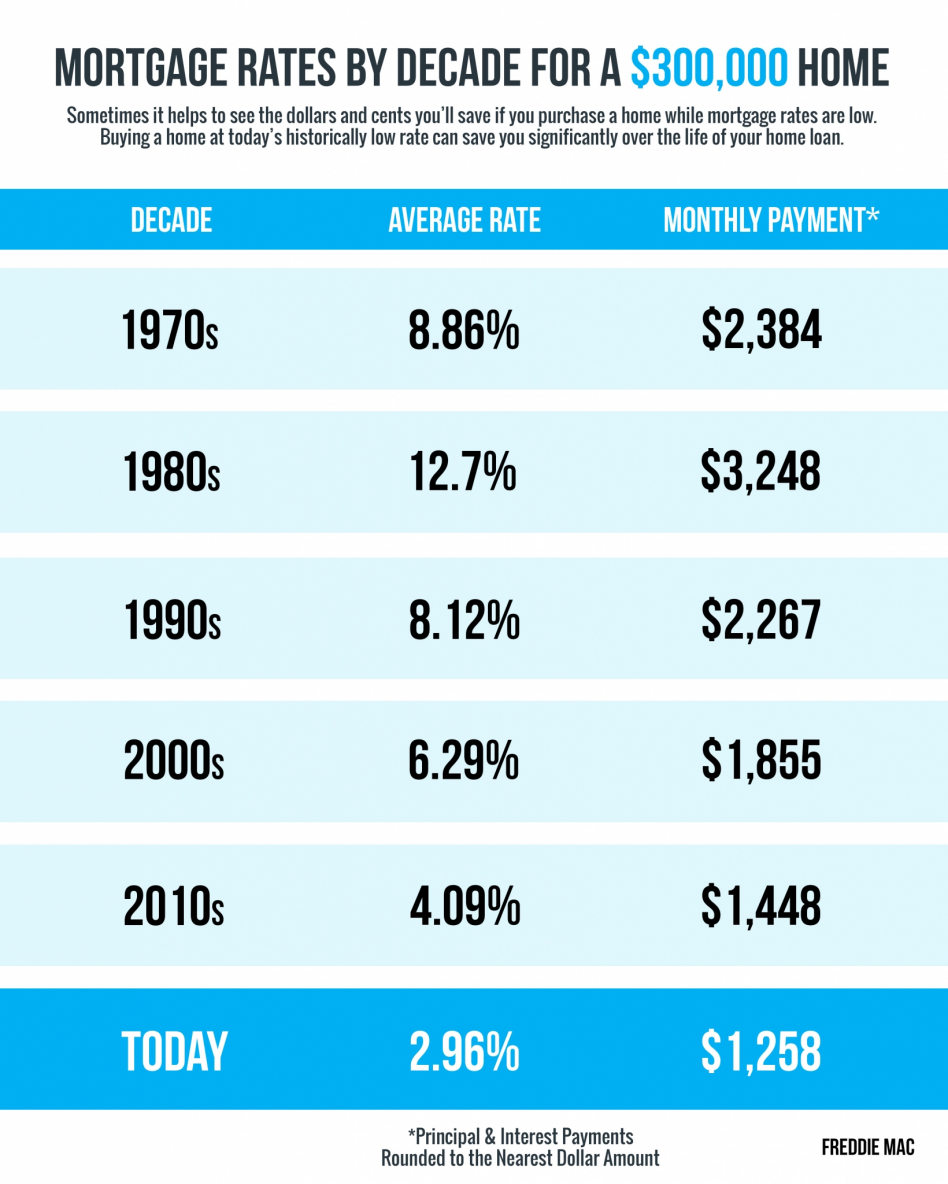 Let’s connect to determine the best way to position you for a financially-savvy move in today’s market.

Mortgage rates hit another all-time low, falling below 3 percent this week! If you’re ready to buy a home, now is a great time to truly get more for your money at this historic moment. 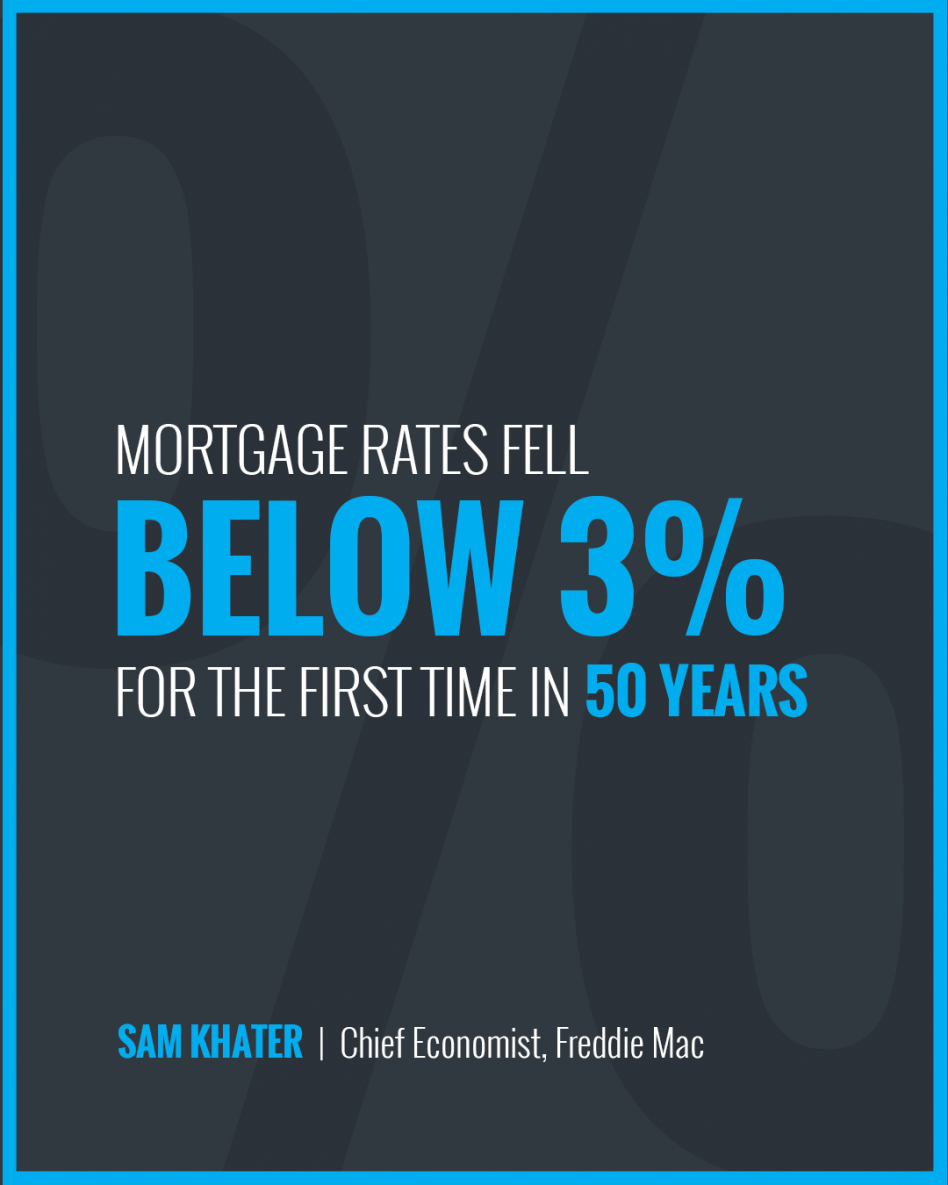 Let’s connect today to determine your best next steps toward homeownership.

"My experience with Russ selling my mom’s house for us was great. I’m in northern Idaho and he dealt with everything for me with out me having to go to Green Valley. I feel he went above and beyond the call of duty. I not only recommend him, I am going to use him to sell mom’s other house. THANKS, Russ."
- B.M., Bonners Ferry ID
"A+ service! We listed our house to sell in Sahuarita with Russ. This was a long distance sale as we were out of state when we listed. Most everything was done over the phone and with online e-signing. Russ answered all questions very quickly and followed up with details and items that were needed for the seller at closing. A+ service!"
- D.C., Sahuarita AZ
"As an out-of-state buyer, I needed to find the right person to be my local contact. And Russ was that person. He knows the area and had a lot of patience to show me around. He also did not push his opinion but was willing to give it to me when asked. The end result? With Russ’s help I have purchased the right home in the right area for the right price! I never could have done that without the expertise Russ brings to the process."
- D.H., Mogadore OH
View All