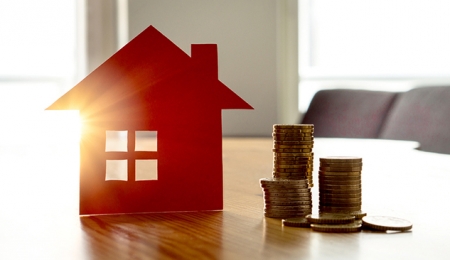 In late 2011 and early 2012 — the peak of the housing crisis — a whopping 31% of Americans with a home loan owed more on their mortgages than their homes were worth.

But the real estate market has slowly been recovering since then, and according to recently released data from Zillow, the number of Americans with negative equity has fallen to 9.1% — less than a third of what it was during the housing crisis and the first time it’s dipped below 10% since the market bottomed out in 2012.

With such a low percentage of homeowners carrying negative equity in their homes — and with prices across the country at an all-time high thanks to low inventory — there’s never been a better time to sell your home, pay off your mortgage, and walk away with a substantial profit.

"I can’t say enough about what an outstanding job Russ did for us! We decided to retire to AZ and after touring several areas in the state, we chose the Tucson area. I found Russ online and reached out to him to help us find our retirement neighborhood and home. Russ spent a day showing us all of the different neighborhoods in both Sahuarita and Green Valley that met our requirements and were within our budget. By the end of the day, we had chosen four neighborhoods. Russ then found four homes for sale in our chosen neighborhoods; two in our favorite! The next day, Russ took us to tour the four homes and by the end of the second day, we made an offer. We are relocating from Kentucky and Russ has been there for us every single step of the way. He has been invaluable in making this entire experience smooth and exciting for us! His service after the sale has been equally exemplary!"
- E. W., Sahuarita AZ
"All I can about Russ Fortuno is that he did a excellent job in the complete process of selling my home. I would recommend him to other people. He knows local knowledge and his process expertise was very good.He respond to all my question and kept me informed of any new items that came up. He did a excellent job in the negotiations with the buyer agent. I couldn’t have picked a better agent to handle the sell of my property. "
- D.F., Sahuarita AZ
"Russ, Went above and beyond for me. Being from out-of-state, he really knew what area I needed and wanted to be in. He had a lot of extra details in this purchase for me. After meeting Russ, he knew the situation I am in and made this move to the area and home perfect for me. I can not thank him enough."
- R.H., Green Valley AZ
View All

I'm a Southern Arizona native and full-time Green Valley resident. Whether you’re buying or selling a home in the Green Valley or Sahuarita area, you’ll experience unsurpassed service and professionalism at all stages of your real estate transaction. I welcome the opportunity to assist in your next home sale or purchase.
Meet Russ